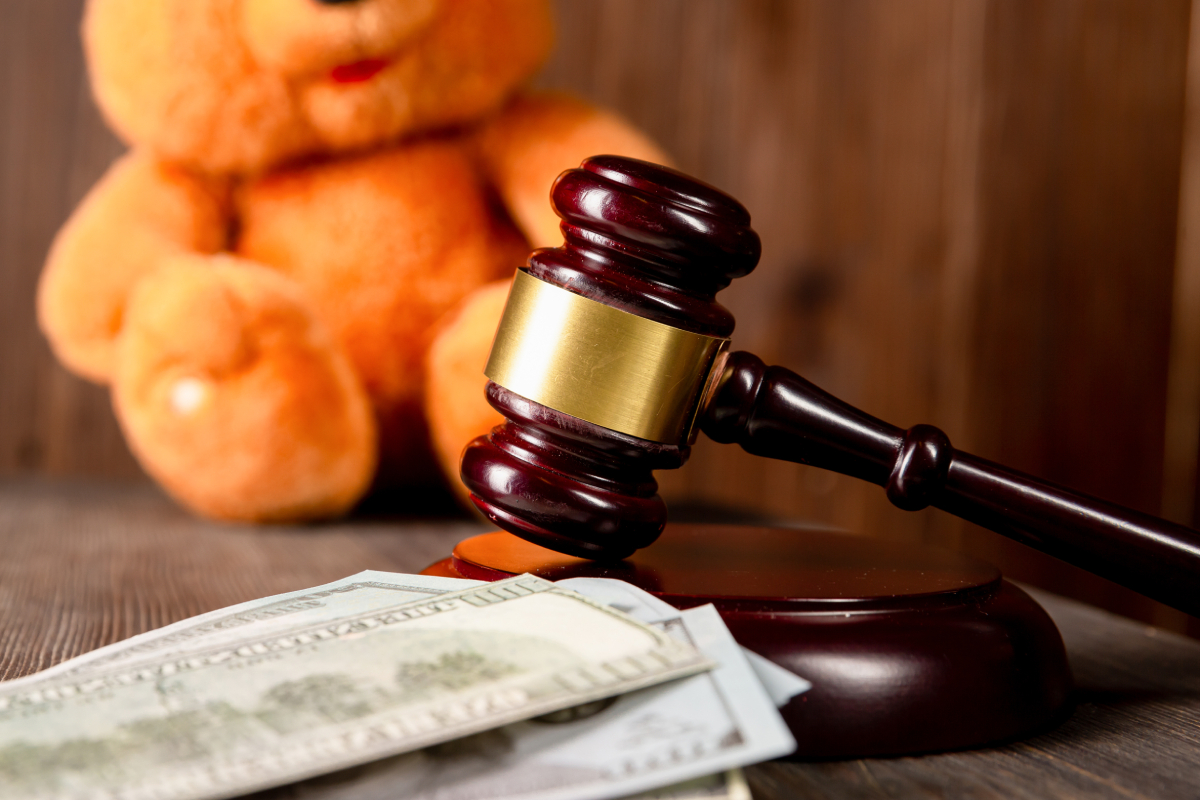 How Child Support Works in Texas

Texas, like most states, has some standards that are applied to child support when parents are no longer together. In legal terms, a person who is obligated to pay child support is called the “obligor,” and the person entitled to receive child support is called the “obligee.” The obligee is almost always the person who has primary custody and/or possession of the child. This is due to the fact that the obligee is typically the person with whom the child lives with, incurs most of the living expenses, and has primary possession of the child.

What Are Texas’s Child Support Laws?

When Does Child Support End in Texas?

In simple terms, child support laws in Texas provide that the court “may order either or both parents to support a child” until either the child turns 18 or graduates from high school (the later of the two), the child emancipates by marriage, the disabilities of the child are removed, or the child dies. Essentially, as long as the child maintains “child” status from a legal standpoint, child support is owed and enforced.

There can be an exception to this, however, if the child is deemed to be disabled by the court (physically or mentally). In those cases, the child may receive support indefinitely.

How Is Child Support Calculated In Texas?

When calculating child support, the court will apply child support guidelines, which, are law based and are often referred to as “Guidelines.” Guidelines set a basic minimum amount of child support, and the court can deviate from them after consideration of numerous factors (the deviation factors are discussed further below). The Guidelines are “presumed to be reasonable and an order of support conforming to the guidelines is presumed to be in the best interest of the child.”

Again, there are some instances in which these guidelines can be amended or modified, but they do tend to be the normal precedent for most cases.

If the obligor’s net monthly income is less than $7,500.00, then the court will look at the number of children, in a household, which are the subject of the suit (note that a different calculation applies if an obligor has children in two different households).

How Much Is Child Support in TX?

Additionally, if the obligor’s net monthly income is more than $7,500.00, then the court will apply the same calculations as above to the first $7,500.00 of net monthly income. If the obligee can prove that the child has “needs” warranting that more child support is needed, then the court can order that the obligee pay more child support. These “needs” can include tuition, extra medical costs, tutoring, and extra-curricular activities, among many other things.

How Is Monthly Income Calculated?

Texas law provides that in order to compute net monthly income, the court should first calculate gross income on an annual basis and then recalculate to determine the average monthly gross income, meaning the court will divide the annual net income/resources by 12 to come up with monthly net resources.

AN IMPORTANT NOTE: If an obligor is intentionally being unemployed or underemployed (making less than they have the potential to) the court can impute an income on the obligor based on what the obligor’s net resources should be. This means that trying to “game the system” by making less income than possible can result in a calculation based off a higher number than the obligor’s actual income.

How Much Child Support Do You Get for One Child in TX?

For one child, the parent retaining custody of the child will receive child support payments beginning at 20% of the net monthly income of the other parent. This is the base amount of child support and can be increased depending on other needs, such as medical and healthcare needs, child care expenses, extra curricular activities, and more.

What Is the Average Child Support Payment in Texas?

Can There Be Deviation From the Child Support Guidelines?

Yes, there can be deviation. The state’s guidelines allow for flexibility and leeway in their enforcement. The court may determine that Guidelines are unjust or inappropriate and may deviate. The court may deviate from guidelines if the evidence shows that the “best interests” of the child justify a deviation. According to Texas child support laws the court can basically consider anything that is relevant including a number of statutory factors.

Can Child Support Be Ordered Retroactively in TX?

In short answer, yes. If an obligor has not been paying child support, the court can order retroactive child support to be paid to the obligee. In determining the amount of retroactive child support, the court must look to the “net resources of the obligor during the relevant time period” and whether the mother had made any attempts to let the father known of his paternity (or the possibility of), if the father knew of his paternity (or the possibility of); whether an undue hardship will be imposed on the father and his father, and if the father had provided actual support or necessaries before the filing of the action.

The court can order retroactive child support to be paid for the four years preceding the date of the support petition. The court will presume that four years of retroactive is in the best interest of the child.

However, the obligee can argue that retroactive child support for more than four years is in the best interest of the child if they can show that the obligor “knew or should have known that the obligor was the father of the child” and “sought to avoid the establishment of a support obligation to the child.”

Can a Child Support Order Be Challenged or Changed?

Again, the simple answer is yes. It is possible to modify child support, and this can be applied for either party (obligor or obligee). In order to modify child support, a parent must have evidence that there has been a significant change in circumstances. A court may consider an adjustment in the case that a parent has lost their job, relocated internationally, or if the custody agreement itself has changed. In addition, the obligor may consult the Office of Attorney General Child Support Division (OAG) to consider altering it if the standing order has been in place for at least 3 years and the existing support amount varies from the most recent Guidelines by 20% or $100.

The law in Texas with respect to domestic litigation is complicated and the court system can be difficult to maneuver. This article is only a brief review of some of the laws in Texas relating to child support and is not meant as a substitute for the advice of counsel. It is important to consult an attorney in each case before taking any action.